Cancer in sports and companion animals

One of three people will get cancer during their lifetime. And today we know that cancer diseases are just as common in our companion animals as in humans. According to an American study cancer accounts for 45 percent of all deaths in dogs over ten years in age. There are also many indications that the number of cancers in pets is increasing. An important reason is that pets live longer as veterinary care improves.

– Cancer is essentially a lifestyle disease. In many ways our companion animals share our lifestyle. Thus, they are exposed to cancer to the same extent as we are and they get the same types of cancer as humans. But there are breeds that are at greater risk and there are also cancer types that are more common in dogs and cats than in humans, says Staffan Eriksson, head of research at Alertix.

Skin cancer is one example. It is the most common type of cancer in dogs. A common form is called mastocytoma. Cats may suffer a viral disease that can cause leukemia. In older dogs testicular cancer is not uncommon. We also know that female dogs are more likely to get mammary tumors than humans are to get breast cancer.

– In female dogs aged over seven or eight years the frequency of mammary tumors is as high as 30 percent, says Staffan Eriksson. 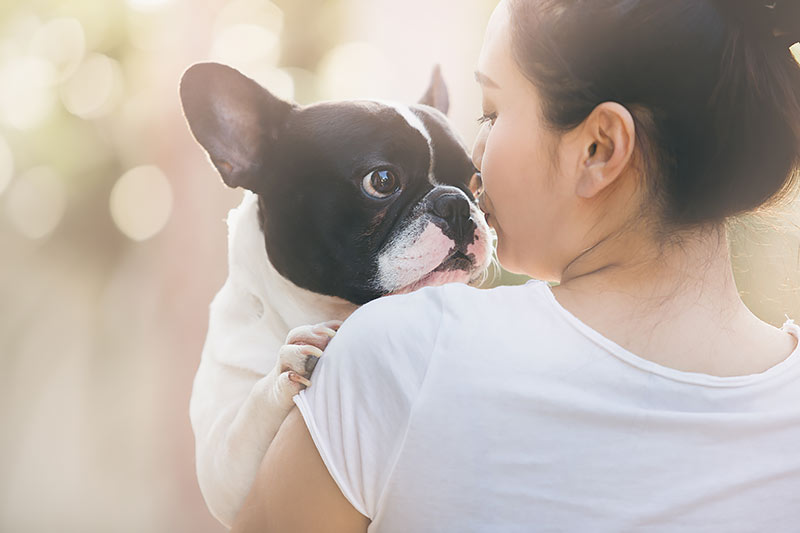 The risk increases with age

As in humans the risk of cancer increases with rising age. Increased calorie intake and inactivity are other risk factors. Pets that share homes with smokers are more likely to get lung cancer. Not even horses are spared from cancer diseases. But the risk is slightly lower than it is for dogs and cats.

Have you discovered lumps on your animal that were not there before? Are there spots of hair loss? Or do you have other reasons to suspect cancer? Turn to your vet or to the nearest veterinary hospital. Early diagnosis means a better prognosis if your worst fears should come true.

Assay for early detection, monitoring and screening of tumor diseases in dogs. The assay is available to veterinary clinics and laboratories in Sweden and Scandinavia.
Read more about Alertix Canine

Assay for early detection, monitoring and screening of tumor diseases in cats. The assay is under development.
Read more about Alertix Feline
Under development

Assay for early detection, monitoring and screening of tumor diseases in horses. The assay is under development.
Under development
Read more about Alertix Equine

About cancer in companion animals

Did you know that our companion animals are afflicted by cancer as often as humans? Dogs and cats share not only our living environment but also our lifestyle. Because of this they are exposed to the same risk factors for cancer. Veterinary care is getting better and better at treating cancer in companion animals. But the crucial factor of success is that the disease is detected in time.

A recently published scientific paper by researchers associated with Alertix displays TK1 in cat serum to be significantly higher compared to healthy cats and compared to cats with inflammatory diseases. These results suggest that serum TK1 may be a promising biomarker for the diagnosis and monitoring of malignant diseases and for the differential diagnosis of certain inflammatory diseases.

M.Sc. Göran Beijer was elected as a new board member of Alertix at an extraordinary general meeting on the 17th of December 2019.